Does Thought = Prayer = Magic? : Intelligent Criticism of a Recent Article 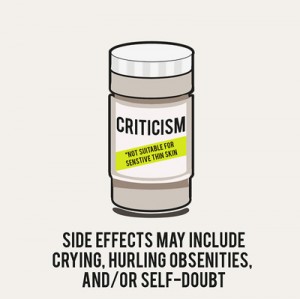 This entire post is to highlight an excellent response to a recent article. I would have just typed all this into the comment box at the end of that article, but I can’t seem to keep it under the 1,400 character limit. No matter, there’s always space for more when you own a website.


"Very interesting post. The first part about the negative "self-talk" reminds me of Alfred Adler, a disciple turned critic of Sigmund Freud.
The beliefs that Lillian formed about herself and the world are what Adlerian psychologists would call her mistaken "private logic". The part about being what you think you are is pretty close to a technique Adlerian counselors use called "acting as if". Which is exactly what it sounds like it is...

I haven't studied Adler in depth, but something about the general tenor of the first half of this post reminded me of his ideas. Maybe something to check out if you haven't already.

After the next section, it got a little less clear for me. There's a lot to digest in this post, but for starters I'd like to clear the air on the issue of prayer. You seem to imply that there's no distinction between prayer and "witchcraft".

The object of prayer (Judeo-Christian) is a personal God. The object is external, hence communication. The word prayer apparently comes from the Latin meaning to plead, beg, or ask. The whole point of petitionary prayer is that there's something we lack (strength, forgiveness, peace of mind, etc.) and we ask for it either for ourselves or others.

Witchcraft, or Magic (I'm less famil. with these terms) sounds like it's coming from a much different place. The object is internal; there's some untapped storehouse of power within the self that we are promised access to (with the help of an incantation). This fits in with the end of your post

"You are quite literally a creator being"

I do, however, really like what you said near the end about every one of our thoughts directly affecting us and others. Awesome to hear someone else express this so clearly in a age when the great moral commandment is "to each his own". Our actions, and even thoughts, affect others 100% of the time. The link between thought and action might be a good subject to explore further...

First off I gotta say that I read this response last night before I fell asleep, and it had me smiling from ear to ear. Thank you very much for your insights here; I don't receive much feedback and a stimulating conversation is always a craving of mine. There is an old Indian proverb about six blind men who all went together to investigate the nature of the elephant. The first man approached the elephant from the broad side, and proclaimed “God bless me! The elephant is like a wall!”. The second felt its tusk and cried “To me, tis’ mighty clear this wonder of an elephant is very like a spear!”. The third happened upon the squirming trunk, “The elephant is very much like a snake!” he tells the others. The fourth blind man’s hands first found the knee of the elephant, and concluded “Tis clear enough the elephant is like a tree!”. The fifth touched the elephant’s ear thinking the beast is most like a fan, and the sixth grabbed on to its tail and figured the animal is best described as being like a rope. As the proverb goes,

“And so these men of Indostan disputed loud and long, each in his own opinion exceedingly stiff and strong. Though each was partly in the right, all these men were in the wrong!" [emphasis mine]


The prayer/magic concept serves the role of the elephant exquisitely in this instance, with you and I acting as a couple of blind men attempting to describe the phenomenon. To define the terms separately in historical linguistic context will definitely lead to the conclusion that one is different from the other. You have pointed out that prayer in the Judeo-Christian faith is an external process, and that magic finds its power from an internal source.

I argue that this is not always the case. Prayer is a tool that is not limited to the Judeo-Christian belief systems, and in other spiritual backgrounds often involves using an internal object of focus. As an example, this can be found in traditional Buddhist/Taoist methods where the greater self is praised and prayed to in lieu of an external god.

The focus point of magic and 'witchcraft' is indeed an internal object many times, but one cannot exclude the external varieties often employed by many cultures throughout the world. An example would be those that employ consciousness-based technologies such as sacred geometry, astrology, or harmonic sound healing (an area of study I know you are familiar with), through the use of tools to achieve 'magical' influence and/or insight in a given scenario. “Magic” is a relative term that changes as humanity develops; one must bear in mind that the magic of yesterday is the technology of today, and the magic of today is the science of tomorrow. In these external sources of magic we again see that the ideas these words strive to define can be focused on both internally or externally.

So, yes I most definitely do mean to imply that there is little to no distinction between prayer and witchcraft, but that is also because I am ignoring much of the historical use for the words themselves (in which case you are right) and instead shining a light on the driving mechanism that empowers them both. This mechanism is the combination of the individual’s intent, and concentration. Both "prayer" and "magic" are therefore so similar that I find it difficult to point out exactly where one begins and the other ends. They operate as subdivisions for a larger umbrella term, "Intention Manifestation”, which I will be discussing in the coming weeks.

The concepts of 'external' and 'internal' both come from the base strata of Duality, and as such don't actually exist outside of the limited human perception of them. To focus on words and vocabulary that enforce these polarities is to ignore the underlying unity between the two. There is no more 'external' as there is 'internal', there just is. As Karl Jung liked to point out, each individual is like the tip of an iceberg sticking out above the sea. At a superficial (sea level) view the iceberg appears to be separate from the others, but at greater and greater depths it is easily seen how unified and connected they actually are.

So is the prayer external, or internal? Is the spell internal, or external? Which way is the thought going? It doesn't matter. The thought, the intent, the concentration simply ARE. Such is why I hold that Thought = Prayer = Magic.
Until we blind men begin to approach this elephant from the same angle we will continue to talk ourselves in circles. Thank you again for your words of encouragement.
P.S.
We should be friends, you interest me. Let’s sit down with some beers and chat some more.

live.in.freedom
Posted by Unknown at 7:22 AM