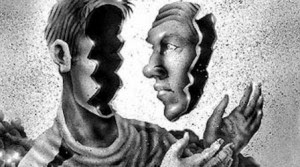 Whenever I see or read something that discusses the benefits of 'releasing negative emotion', I feel as if the process involved in doing so is conveyed a bit vague, and that the concept itself sounds quite empty, like a hollow "bless you" spoken after a stranger sneezes. In order to more concisely explain the brevity and importance of this concept, and hopefully help as many people I can, I propose an analogy:


There is likely a song stuck in your head right now. Somewhere in 'there', you are likely 'hearing' a short segment of that song playing, over and over. Songs that get stuck in your head rarely, if ever, play all the way through within the mind before something distracts from them, leaving only the repetition of a chorus or some other key part of the song to follow you all day.

How many times have you told others, "I can't get this damn song out of my head!"? Allow me to teach you how. In the process of doing so we will discover the great similarities between this particular scenario and an unwanted emotional construct.

You see, there is nothing that comes into your conscious awareness that you aren't in control of. The song stuck in your head is there because in some way you are currently resonating with it. Often times this in inconsequential, because you happen to like the song you hear within, and you just go about your day rocking out to your favorite part while being completely unaware of the magnitude of influence this construct is actually having on your thoughts and actions.

Well, I'm sorry to have to break this to ya buddy, but the fact is that deep down there is something about it that you want around. Notice I did not say "deep down there is something that you LIKE about it". Likes and dislikes are nothing beyond what your current desired self image dictates they be in order to fit into your chosen mold, or identity.

For instance, ever since yesterday I have been continuously hearing the beginning of the chorus from Miley Cyrus' "Wreaking Ball"; over and over in my mind. I can't stand her. I feel she is a shadow of human being, and only present as a tool of a tyrannical industry. What was it about this part of the song that warranted my inner PA system's repeated playing of it? Then it hit me:

Oh my God. I think this chorus is musically beautiful.

Dude that hit me like wreaking ball (lol had to). Why? Because this part of the song, a song that my outward public persona simply "can't" like or identify with, is actually something that my inner self desired to hear. It wasn't because I suddenly came out of my Miley Cyrus closet, or because the words of the song were particularly moving to me in the least, but because the music itself was performed in such a way that my soul smiled upon it. I find that this particular brand of epiphanies, however, is too often masked by the individual due to the fear of abandoning a chosen identity paradigm.

This fear takes a multitude of forms depending on the individual, and the situation, and is not restricted to only this scenario. If allowed to take the wheel, it will block a great many from performing the most crucial step in releasing a song that has been stuck in your head:

Ya know what I did? The next time the song came on the radio [alone in the car where you do all your singing], I blasted that shit as loud as my speakers could go and rocked the hell out to it.

[I still have no idea why the song is called Wreaking Ball, by the way. I swear to God she's saying "Rainbow".]

Regardless, in that moment I found relief. It felt like a sharp pebble that I had swept under a rug, and kept stubbing my toe on, was finally swept out and discarded.

This my friend is how you get a song out of your head. You allow it to be embraced by the conscious mind, and in so doing you take a tiny concentrated ball of energy and expand it enormously. This expansion, as a result of the relationship between density and volume, begins to diffuse the strength of the thought. By ignoring the thought, or forcing yourself to push it away due to some identity-driven fear, you are empowering it exponentially. By expanding the thought, or in this case the portion of the song stuck in your head, you send its power out into the universe and away from you where it can impact your streaming consciousness no more.

The key is to fully appreciate what about the song is resonating with you. With me, in the case of "Wreaking Ball", it actually turned out to have very little to do with the singer, or the words, but was instead simply the first two notes of the chorus (a beautifully done suspended 4th, bravo to whoever wrote the music btw). If I hadn't fully engaged in this song without judging myself for liking some aspect of it, and if I had let the "Holy-shit dude I can't like a Miley Cyrus song, what will my friends think?" take over,  I would have never identified this fact. The song would would have plagued me for quite a bit longer.

Funny thing is that uncomfortable emotions are the exact same way.

You see, there is no 'bad' emotion, or 'good' emotion. Such is relative. There is only emotional signals, and how you interpret them. Granted, some are indeed a bit uncomfortable, but that discomfort, just like all discomfort found within nature, is there to motivate action.

By avoiding or outright ignoring your 'negative' emotions, you are not releasing them, you are empowering them.

So, how do you 'release negative emotion"? By embracing it. Feel the pain. Sob your tough-guy eyes out. Then, follow the rabbit hole without fear for your personal identity, or any chosen outward persona; kinda like the thought process that allowed me to more coherently understand why the song was stuck in my head. Take the small knot of pain in your consciousness and rub it out with a nice, strong mental 'thumb'. In doing so you will expand the energy, and therefore diffuse its' magnitude.

The point here is to stop avoiding your 'negative' emotion. It is there for an amazing reason. Without such things you would never be motivated to progress. Without emotional pain there is no reference point to call anything 'good'. They are both necessary, and they both need to be embraced and loved with every ounce of your being.

By accepting the negative emotion, and fully embracing it for even just a few moments of your time, you will begin to diffuse the construct just like that song that was stuck in your head. Some things take more time to work through, and the pain of sorting them out may require multiple 'embraces', because they have been suppressed [strengthened] for far too long. Fear not such things. You are quite invincible, and these are the lessons you are here to learn.


live.in.freedom
Posted by Unknown at 4:04 PM