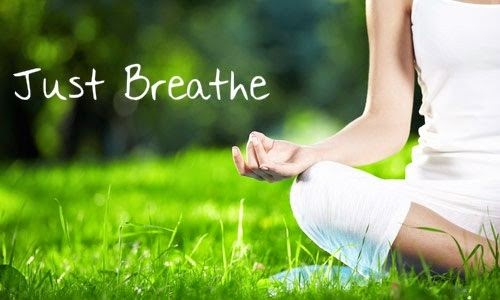 Your emotions, your hormones, the chemicals that your brain secretes, your heart rate, your immune system, your nervous system, your digestive system, your endocrine system, and your respiration are all intimately connected in ways modern science is still attempting to fully map out. When one of these aspects of the body is altered, all of the other parts are likewise altered in kind. Let's look at a typical scenario most people can relate to.

Pretend you're driving down a road that has a 45 mph speed limit sign at around 50 mph. You come upon a vehicle to your front that is apparently convinced that the speed limit is only 35 mph, and you have someplace important to be. What happens? You become emotionally agitated. Your thoughts run wild trying to imagine how the hell this idiot doesn't see the black and white 45 mph sign that they just passed on their right. You begin to hug the double-solid line scornfully, attempting to see around this ass-hat that's slowing you down just to identify if there's not another person in front of them that is actually to blame for this horrid inconvenience. There's not. Just them, going 35 in a 45 when you're really trying to push 55 and get where you need to be. You let out a big frustrated sigh, and when you do, an unseen cascade of other biological process are ramping up. Your heart rate is accelerating. Your breathing shallows except for when you occasionally let out more frustrated sighs. Your brain begins releasing cortisol and other stress-related chemicals into the blood stream, slowing the digestive process of any food you've consumed within the last few hours. You're working yourself up into a slight fury, because the ass-hat flicked their right turn-signal on, slowed down EVEN MORE right before the turn, then decided to keep going straight AT THE LAST FREAKIN SECOND. All hope for arriving on time is now lost. Defeat is setting in.

In this scenario breathing has shallowed and is confined to upper-chest expansion in lieu of the more efficient belly-breathing our bodies naturally do in states of relaxation, reducing oxygenation of the body's cells and most importantly of the brain's cells. This adds significantly to the stress the body must deal with, because oxygen is absolutely critical in the alleviation of cellular stress. SNS (sympathetic nervous system, fight or flight) hormones are being released, halting all PSNS (para-sympathetic nervous system, feed and breed) processes for the time being while the perceived threat is dealt with. Vision becomes slightly impaired and more narrowly focused, like having blinders on in a way. Your thoughts are unwieldy, and unorganized, causing you to forget that you had to stop at the gas station for something on your way. More stress. More stressors. More things compounding together to make this one obnoxiously blind jerk the epicenter of a snowball effect leading you towards being more and more dis-eased.

This extensive network of sub-networks all being linked together is a common theme in the biologic world. How can we begin to gain control over it all? How are we to find the exact way to conduct the orchestra of our flesh-puppets?

Well, there are aspects of the body currently in your conscious control, and aspects of the body that are not. Nobody I've ever heard of has the ability to consciously manipulate the workings of their intestinal tract, for example. In fact, the smooth muscles of the stomach and intestine contract spontaneously in the absence of any neural or endocrine influence. There are those out there who have developed the ability to wield conscious control over their heart rate, but such an ability requires a certain amount of practice to become effective.

What's in the everyday person's conscious control? Well, by and large there are two primary processes that the body carries continuously out that can be easily recognized and manipulated for the betterment of the self. If one, or preferably both, of these aspects are actually utilized and CONSCIOUSLY MANIPULATED to resemble their normal operations in a more relaxed scenario, then it is observed that the cascade of interdependent other systems of the body follow in suit and deliver calm and relaxation to the individual. The breath is the most important aspect of your body for you to learn control over. The awareness of one's passing thoughts, which can also be thought of as sitting back and observing your own inner monologue as it happens, is arguably much more powerful, but not quite as accessible to the average person at first as simply learning to control one's respiration.

What's in it for you to learn control over your breath? Everything. Literally every. single. part. of your body is codependent on the efficacy with which you perform respiration. By beginning a simple practice of daily breathing exercises, which are quite convenient to practice with any kind of down time as little as 5 minutes, you are introducing a heightened level of oxygenation to your body. Diseases of the human form, by and large, cannot exist in the presence of a properly oxygenated blood stream. Hell, there's documented evidence of cancer itself being told to beat-it with only a protocol of proper yogic breathing for 30 minutes a day being prescribed (for 10 months straight, mind you).

But what about with our earlier scenario? How do you catch yourself in that exact moment of stress? Awareness. As I pointed out already, awareness of your own current thoughts is kinda weird to try and describe. You must be able to catch yourself when things are beginning to go awry. You need to be able to spot when your heart rate is speeding up, or when your palms are getting clammy, or when your emotions are starting to get the best of you. Self-awareness is a skill that takes a pretty long time for us to develop, and I personally know not a single person who can honestly say that they are fully self-aware. Difficulty must be expected to some degree if true Awareness is to be gained. In order to catch yourself prior to raging in the fashion I described earlier (which literally happens to me all the freakin time on Rt. 31 here in Gates NY), YOU have to be the one to call yourself out. Then, and only then, will you be able to then begin treating this multi-system imbalance with your own weaponry of proper breathing and thought-awareness.

By manipulating one piece of the grand puzzle, all the rest responds in kind, remember? So, if your heart is racing out of anxiety, nervousness, or frustration, take the time to notice what your lungs are doing. Are you chest-breathing? STOP, and consciously force yourself to start breathing through your belly. When the chest is expanded, the SNS is stimulated. When the belly is expanded, the PSNS is stimulated. Likely, you will experience a near-immediate and noticeable reduction of your anxiety/nervous/stressed symptoms (I'm prone to the stress-sweats myself). If this is accomplished, then you would have successfully exercised BOTH of the consciously controllable constituents involved in the multi-system cascade of your bodily reactions, because cognitive awareness of emotional status would have been combined with consciously-controlled manipulation of your flesh-puppet's respiration. Boom. Now the nervous system, the endocrine system, the circulatory system, the digestive system, and your overall freakin mood have all been efficiently brought back under your control in the matter of a few minutes of therapeutic breathing.

What is therapeutic breathing? Well, first off, IT'S NOT JUST DEEP BREATHING. In fact, deep breathing alone has been show to hardly increase blood-oxygen levels at all. It pretty much resembles hyperventilation in studies. In order to maximize your breathing, BREATH RETENTION MUST BE EMPLOYED. In order to increase your body's ability to pull oxygen out of the air you inhale, it must be trained to do so more efficiently, kind of like weight training n stuff. The goal isn't to maintain your normal respiration rate (breaths/minute) while also increasing the depth of the breath. This is a no-go hyperventilation scenario. The goal is to increase the depth of the breath while DECREASING the rate of respiration. Essentially, the goal is to work your way down to about one to two breaths a minute, but this takes a great deal of time to work up to and it is most definitely not recommend that anyone jump right into it. You'll black out dude, I've done it before.

What I recommend practicing is an ancient technique described in the Vedas from India that is still known to be effective to this day. This is a simple form of "Pranayama”, and is quite relaxing even after only a couple of iterations. Simply inhale slowly to the count of 5, ensuring that when you reach “5” that your entire belly, chest, and shoulders are as filled with breath as possible without being uncomfortable (don’t strain). Then, hold your breath like this for a count of 15, making sure that the rate of your counting remains consistent with your initial inhalation. Finally, slowly exhale your breath to a count of 10, with “10” being reached upon the relatively complete voiding of the lungs from air (there will always be some residual air left, again don’t strain). All breaths should be taken through the nose, with the mouth remaining closed. Obviously, if the nose is completely blocked for whatever reason, exemptions may be made. Also, remain vigilant with the mental count. This practice benefits the lungs and the rest of the physical body, of course, but by really focusing on the mental count to the exclusion of all the other random shit that’s gonna pop into your head you perform a brutally effective concentration exercise that boosts your discipline over your awareness as well. This technique can be used in a pinch to calm your ass down during a bout of anxiety, but should also be employed in a structured setting alone during down-time at home for roughly 5 minutes a day to fully reap its profound benefits at re-oxygenating the blood stream.

Though your body is a pretty confusing network of sub-networks that appear to be almost entirely out of your conscious control, the fact of the matter is that all those seemingly untouchable networks are impacted profoundly by 2 powerful mechanisms that you most definitely command:

Your breath, and your thoughts. Together they form the key to unlocking your flesh-puppet's highest potential.

live.in.freedom
Posted by Unknown at 7:47 AM