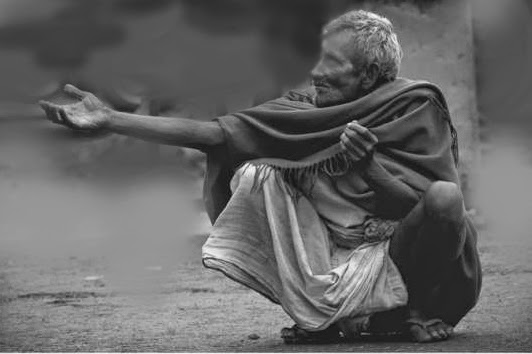 There are certain aspects of ourselves that we hold close to our hearts, to which we only allow certain select others access based upon our own arbitrary and subjective viewpoint of who is worthy of such a connection with us, and who is not.

The frequency with which we seek this level of connection to others with our inner materials, this intimacy, is directly proportional to the volume of love and connection that we feel we are warranted and personally deserve. Essentially, if a person feels that they are worthy of love, meaning that they already carry genuine unconditional love for themselves, they will easily see such love manifest in the connections they form with those around them. On the other hand, if a person actually feels that deep down they are unworthy of love, meaning that they harbor no genuine unconditional love for themselves, then they will look out into the world and find no true sources of love there either. The man who says he is in love with another, but knows not love for himself, is a liar, a fool, and a coward, for if there is no love emanating from within, it is universally impossible to genuinely perceive it without. This doesn’t mean that the love doesn’t exist, only that the clouding veils such a man has placed upon himself definitively restrict him from the ability to perceive and experience it.

It is impossible to honestly love another when the self is not first unconditionally loved. Sure, you can say you love them, and act according to the way your culture has taught you to act when "in love", but you will forever remain blind to the true glory of the word. A mistake people often make is to attempt to fill the void of lovelessness for themselves with something from “outside”. This leads to unhealthy dependent relationships with both people, and substances. In as simple terms as I can muster: You will never find love in the world if you do not love yourself first. All you will find is the world’s pleasures, and though these are indeed quite fun to play around with at times, they will only serve as a source of deeper frustration and depression later when you finally admit to yourself that they are not delivering you the genuine love and joy you so desperately crave. There is nobody who can fill such a pit in your heart but you. There is no substance that can satiate your hunger for more. You will spiral down deeper and deeper into the abyss, ever searching “out there” for an object that can only ever be found “in there”. Stop relying on other people to give you your daily dose of love and happiness. If you need a reason to be happy, then you are already in the wrong, for this reason can be stripped from you, and where’s that leave you then? Relying on others to make us happy and give us love is taxing on them and causes resentment to form over the years, despite their best intentions. When you rely on others in this fashion you act as a vampire to their very essence. Instead, seek to fill your own inner reserves of unconditional self-love so abundantly that you are overflowing with it, then share this overflow with those around you. This can only be accomplished through forgiveness; forgiveness of the self for whatever binds you to your inner guilt and resentment. When you have forgiven yourself, you may finally begin to fill your void with unconditional love.

There was once a blind man who begged on the street for a drink of water. He held out his cup day-in and day-out, pleading every set of passing steps to fill his cup with their reserves. Some days his cup was filled, and some days he was left wanting in thirst. The people around him eventually began to give him less and less, for they have their own needs that must be cared for, and the man was filled with deeper frustration and anger at his fellow man for not providing for him in his time of need. Then, one day, a stranger to the city came upon him. The stranger asked, “Sir, why is your cup so dry?”, to which he replied, “For there is none here who hold graciousness towards me, and I am blind.” The stranger couldn’t help but laugh at the beggar, “Blind fool! You sit upon the stones of a well! Fill your own cup!"

live.in.freedom
Posted by Unknown at 12:20 PM